You are here: Home › Life Skills › The Surprising Fact About Teens in the Workforce 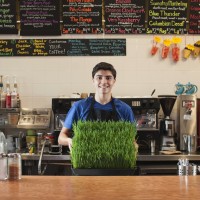 Is your teen having trouble landing that job interview they’ve been hoping for? Has he or she found it difficult to even find job openings they’d be interested in? If so, they’re not alone.

A recent study shows that the number of jobs held by teens shrank by 33 percent between 2001 and 2014. Even positions you’d expect teens to hold like a hostess at a restaurant or a counter attendant at your local coffee shop saw a decline in teenage workers.

The decline in teen employment may be the result of the growing number of people in the workforce. More and more people are postponing retirement and continuing to work longer than ever before. This makes the job market much more competitive. Now, teens are not only competing with each other for jobs, but with college students and millennials.

Despite the decrease in these jobs, it may very well pay off in the future for teens to start working now. A 2009 study found that each year people worked during their teens increased their income from 14 to 16 percent in their 20s.

If your teen is interested in getting a paying summer gig, encourage him or her to start searching for employment now. It’s never too early to start applying and interviewing. If they need a little inspiration regarding career aspirations, have them check out our “Dream Jobs” article from our November/December issue.